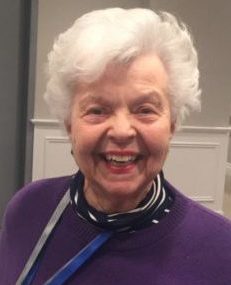 As Beverly Roitman sits in the lobby of her home at The Merion, she watches in anticipation as the Northwestern University Wildcats play in their first NCAA Men’s Basketball game. She cheers with dozens of other residents as the team makes it through the first round, beating Vanderbilt. It’s a moment Beverly has been waiting for her entire life.

Northwestern purple runs deep in Beverly’s blood, as she comes from a family of graduates of the school. Some of Beverly’s fondest memories were watching the team take the court back in the 1930s and ‘40s. She and her husband eventually became season ticket holders in the 1970s. Together they would watch their Wildcats from the first row, never missing a game.

Now in her 80s, she couldn’t think of a better place to call home than The Merion. She moved into the senior living community about a year ago, and chose it because of its location and the lifestyle it offers. Now she’s just blocks away from her favorite school and activities in Evanston.

Beverly’s love for Northwestern basketball was recently featured on WGN-TV.