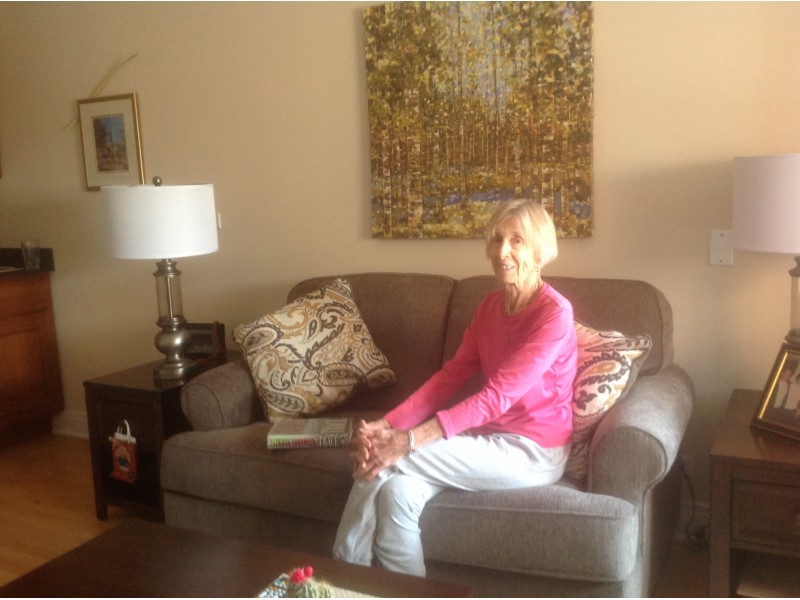 At an exceedingly young version of age 87, Felice Rolfes was ready to simplify. Having lived in a total of eight states, held down numerous jobs including flight attendant and real estate agent, and played tennis competitively, Felice wanted to kick back, relax and enjoy being closer to her family.

“I wanted to get back to arts and culture. That’s my goal,” she said. While living in Tucson, Felice ‘found’ The Merion on Google, and sent her sons in Evanston to check it out. When they gave their enthusiastic approval, Felice decided to make the move, sight unseen. The first time she walked into the beautifully renovated building, was on her move-in day, and she was thrilled. “It was like walking into the Waldorf Astoria,” she said.

Felice, who said she is “done with cooking, entertaining, and not interested in having overnight guests,” decided on a spacious one-bedroom apartment. “I hit the jackpot,” she said. Felice boasted that she only packed her clothes to come with her, having decided that the lovely furniture and artwork offered by The Merion was perfect.

In addition to her beautiful surroundings, Felice has been overwhelmed by the wonderful staff at The Merion. “Everyone is very warm, helpful and cordial,” she said.

“What could be better than The Merion?” questioned Felice. “Look where I’m at. It’s a perfect location. And I only write one check a month. One check! What a great concept. What more can you ask! Whoever planned and plotted The Merion has done a magnificent job!”

The Merion is a luxury senior apartment community for active, independent retirees seeking a hassle-free rental home in Evanston. Formerly known as The North Shore Hotel, The Merion has been totally renovated with upscale finishes and amenities. For additional information, visit www.MerionEvanston.com.

As seen in TribLocal.